The Work of the Artist Barbara Tomecak 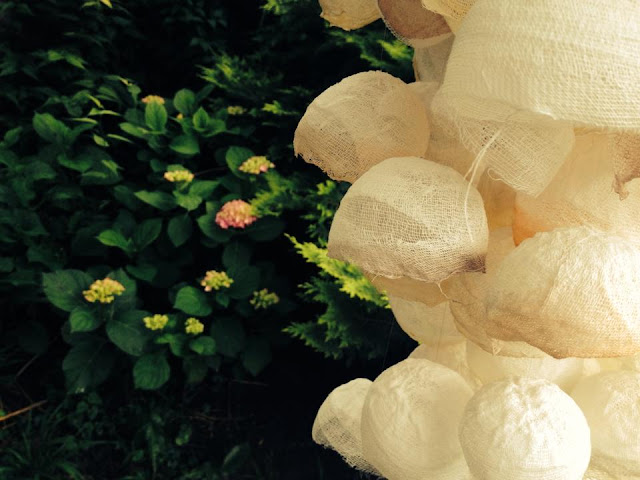 The artist Barbara Tomecak largely works in paper, producing the most beautifully organic shapes, ethereal extensions of nature. Much of her work hangs in its own space, interacting with the world around it, never crowding it, never dominating it, just balancing with it as a moment in time.

Barbara started experimenting  creatively with paper through the medium of origami. It was seemingly by chance that she became connected to papier mache, a discovery by accident, one that was formed out of necessity, and it is one that has served the artist well, as she sees it now as her has since primary means of expressing herself creatively. 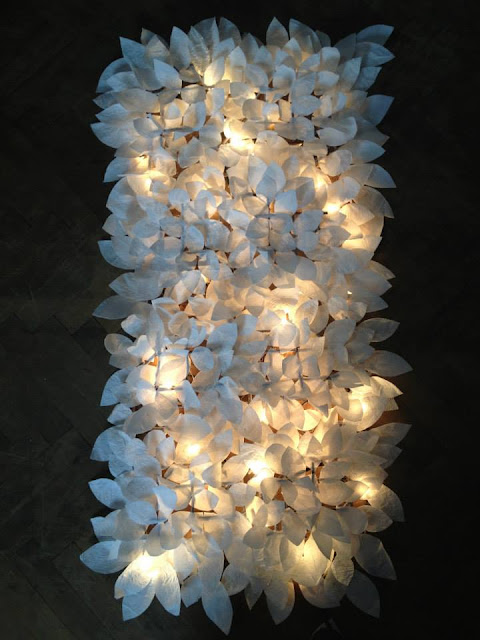 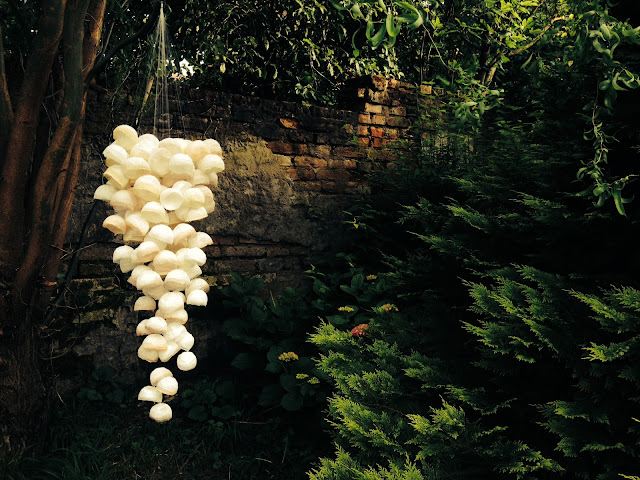 Barbara had already dealt with both paper and gauze as materials, actions, processes within her work, but she began to see them over time becoming something else, something more, viewing them within another context, one very different from that in which she was used to.

She discovered an inbuilt hardness to the process, a textural complexity, which at the same time lent itself a suppleness, all adding up to a state where Barbara felt free to both interpret creatively, as well as an ability to endlessly adapt. 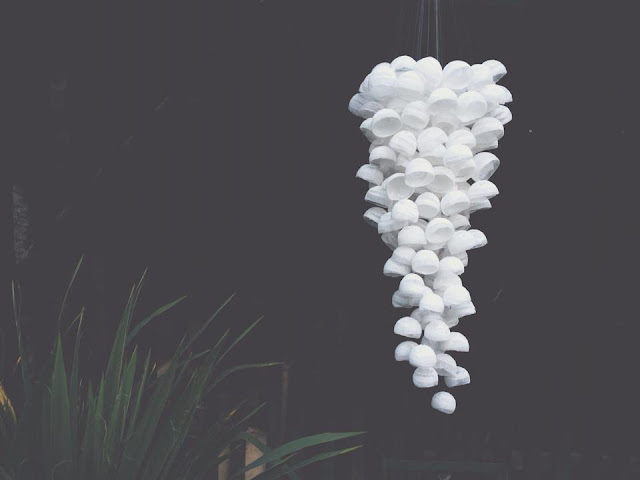 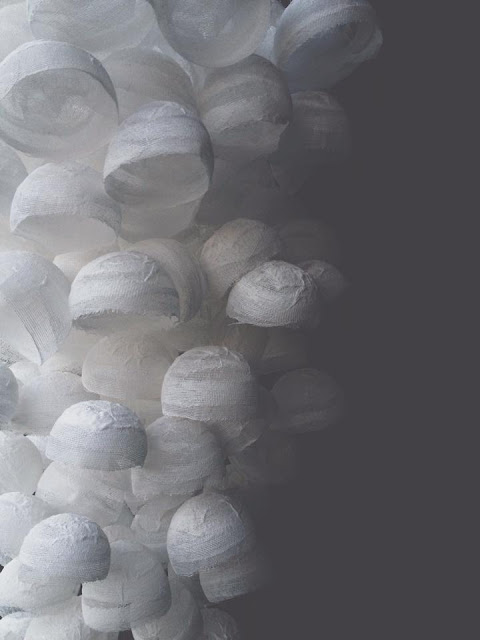 Barbara begins her creative process by adopting to the material, by knowing and understanding what a certain material will allow her to do with it, allows her to gauge the pros and cons of its state, it is then that she starts with her realisation.

She believes that as an artist she draws creative inspiration from the 'prototype' of  a single element, be it such entities as a sphere, a cone, and so on. Her works are mostly based on repetitive organic units, often reproduced in large numbers. 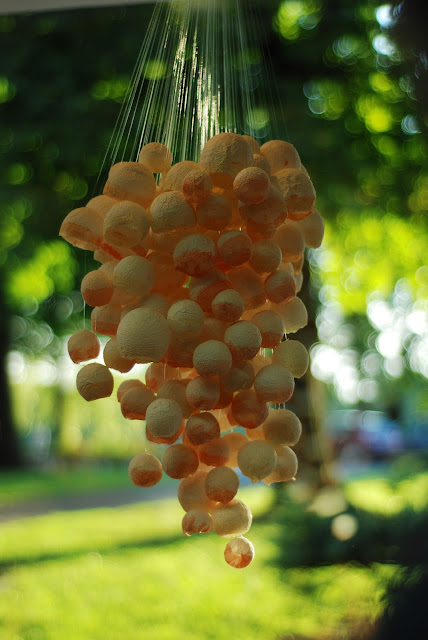 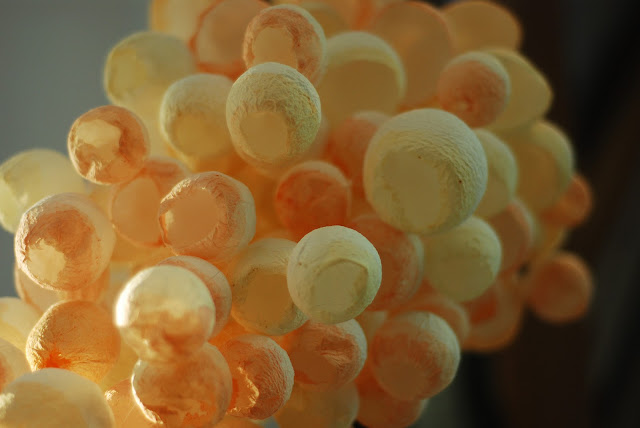 Each piece, each individual moment of Barbara's organic sculptural work, although seeming repetitions, are in fact singular in their making, and singular in their outlook. Each full creative work of the artist is a collective of the singular, groupings of elemental units that gain direction, movement, and space from their connectivity with each other.

Barbara creates mobiles of connectivity, groups with shared experience, they respond to wind and other stimuli within the environment, acting and reacting accordingly. Through the process of  papier mache method, paper and gauze, or the moulding of paper pulp, the artist creates a peculiar and singular natural space that is capable of complementing the already existing natural environment around itself, as well as around ourselves. 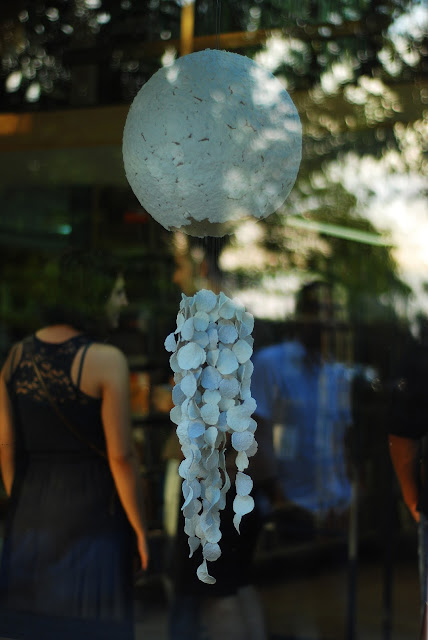 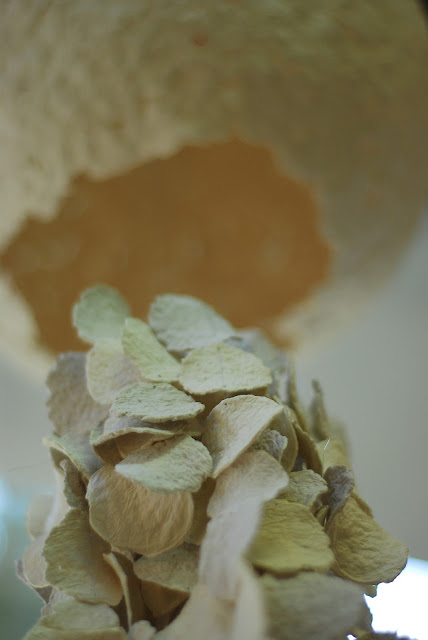 Barbara plans to continue her exploration of the materials of paper, gauze, textile, and others, ready to exhaust all its potential capabilities. Most exciting of all, she is keen to work on a much larger scale, and for that we wait in anticipation.

More of Barbara's work can be found at Behance, and she can, and should be followed at her facebook page.

Please be aware that all the imagery used in this article was supplied by Barbara, and is therefore copyrighted to her. If you want to reuse any of the photos you will have to ask her specifically for that right. 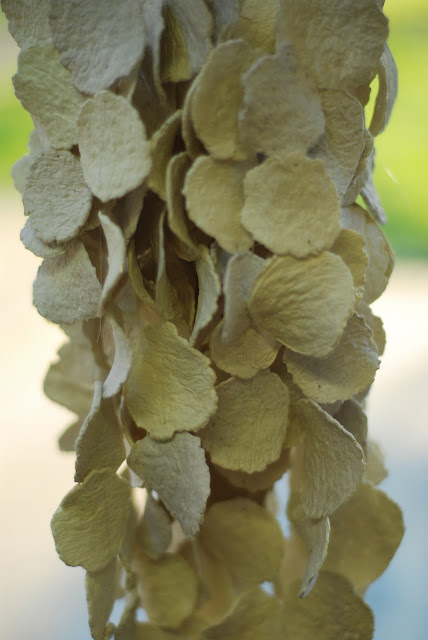 New to me; beautiful !

New to me. Beautiful, thanks.

Thank you for the introduction to Barbara Tomecak's work. Recently, I was reading another blog post that centered on the discover, at summer's end, of a huge hornet's next meticulously constructed in the top branches of a tree. I marveled at the look of that nest, and now have have marveled at Ms. Tomecak's creations, which are surely grounded in beautiful natural forms and repetitions.

Thanks for your comments about Barbara and her work. It is great to be able to introduce new, or unfamiliar artists to artists. It is something I enjoy doing, and am committed to doing both on this site and in the Inspirational magazine, as well as whatever comes next :)