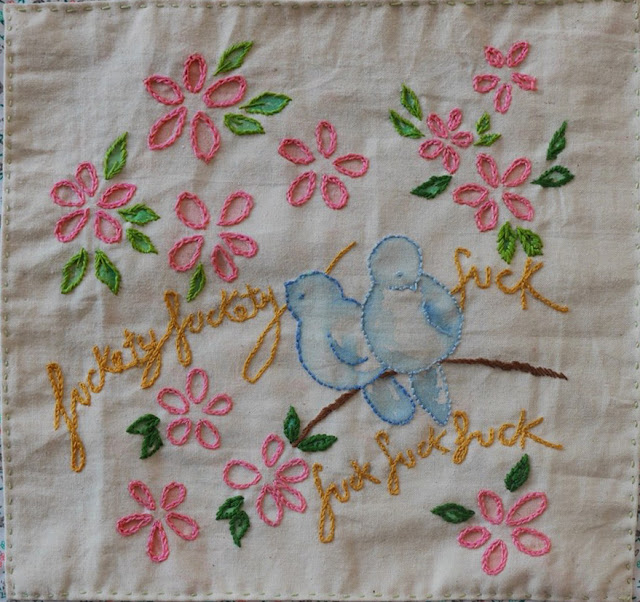 Embroidery is a textile discipline in particular that has had more than its fair share of relevance, continually reinventing itself within different contemporary eras, with each successive generation finding the means to reinvent, or at least add towards, the strong tradition that it has as part of its history. There is always a risk that if a discipline does not reflect the contemporary generation that uses it, at least in part, then its fate could well be to become fossilised within its own history, within its own tradition. This is not to say that all practitioners have to reflect the society that they find themselves in, but as long as an element does, the discipline moves forward, and a new expression has been added to the mix.

The Profanity Embroidery Group is one of those elements that is adding a contemporary flavour to the discipline of embroidery. It has only been formed recently, but is full of vigour, fun, and creative energy. 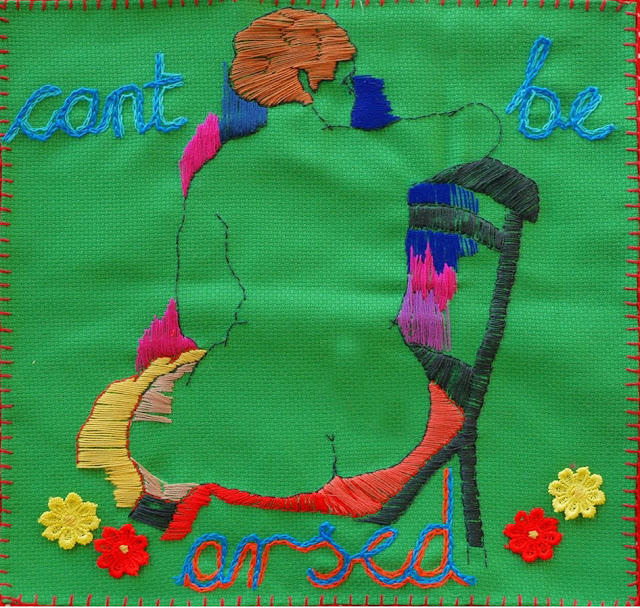 The story of the group is best told by one of its founders the embroiderer Annie Taylor:

About 25 years ago, I sent a Rina Piccolo cartoon to my mother.  18 months or so ago, it fell out of one of her embroidery books, and she returned it to me.  It made me laugh so hard when I saw it, that I promptly shared it to my Facebook page.  It struck a chord with so many friends that within a matter of hours, our first Profanity Embroidery Group meeting.

The cartoon is of a sweet old lady embroidering hearts and flowers and 'fuck the world': the title was 'Mrs Winchester finds a positive outlet for frustrated negative energy'.

The Profanity Embroidery Group is made up of around twenty practitioners of varying skills, some had never sewn before, some were self-taught, and some had studied textiles before. The group is based in kent, England, and they meet up every other week at the Duke of Cumberland pub in Whitstable. 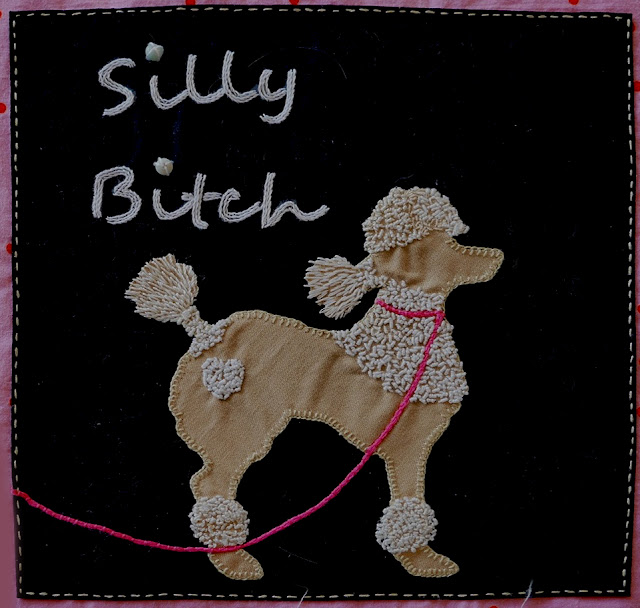 Their first group project is the Quilt of Profanity which will be unveiled at their first exhibition to be held at the Fishslab Gallery, Whitstable, from February 10-16. Also on show will be a range of Valentine inspired pieces of embroidery work.

If you are going to the exhibition, and I highly recommend it, please be aware that the embroidery work does contain a liberal supply of rude words, so is perhaps not suitable for the young, and the easily offended.

Please be aware that all the imagery used in this article belong to the artists, so please don't reproduce them without permission from the individual artists named. 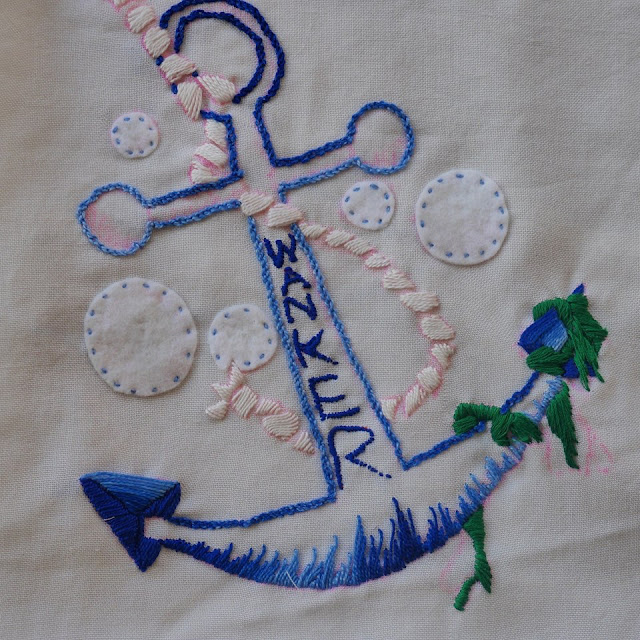 Delightful John, many thanks for sharing, this made me laugh and smile wryly at the same time.

oh these are just hilarious and thanks for a refreshing bit

Great post and actually great work! Thanks for links to FB.

Thanks for your comments, always appreciated. I am so glad that the Profanity Embroidery Group hit the right spot. They seem a delightful bunch of creatives, who use embroidery in a playful way, sometimes the best thing to do.

Such an interesting blog. Well written. Keep up the good work.