The Creative Life and the Work of Martin Ebrey 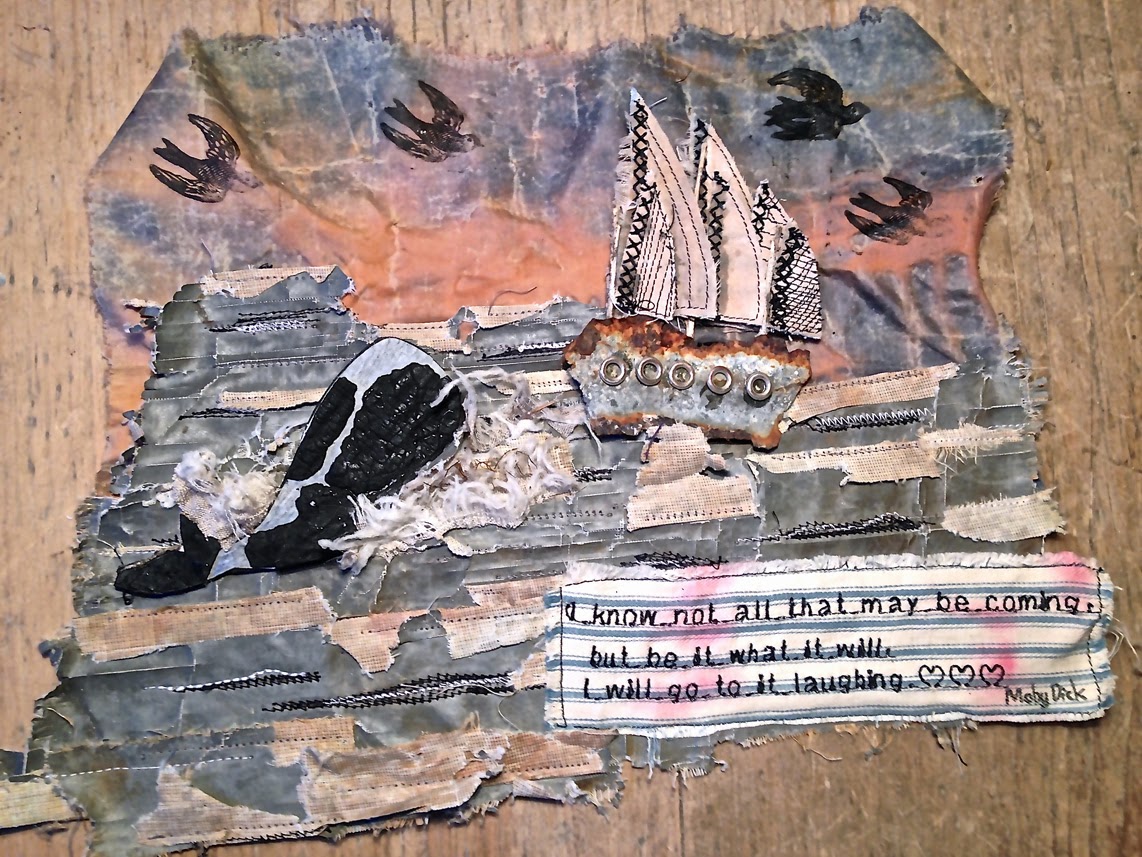 Running along on the general theme of the Inspirational magazine, inspiring and aspiring others, I thought that it might be nice to feature one of the many artists that have recently come into the creative arts.

Many of these individuals come into the creative arts for a range of reasons, running from redundancy and retirement, restlessness and disillusionment with the norm, to seeking new and better horizons, a way of becoming the authentic individual that they always knew they were meant to be. 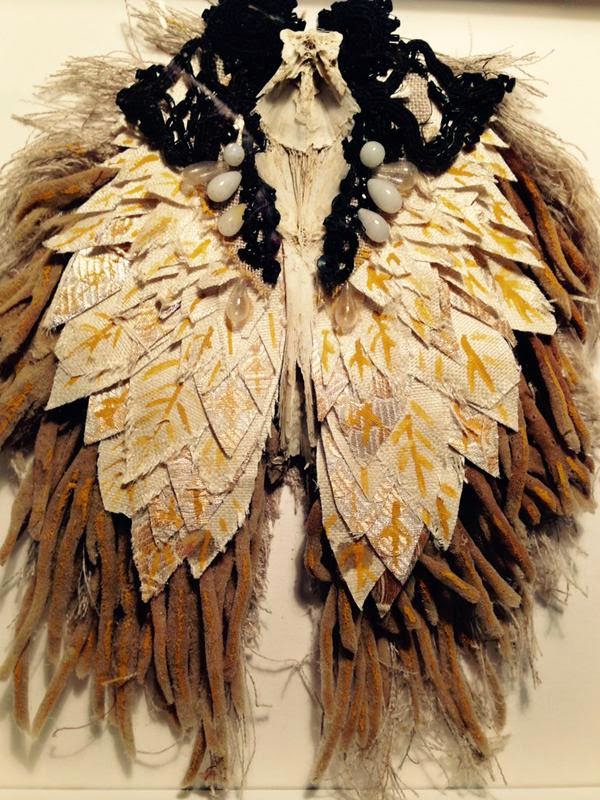 Many come from strictly non-creative backgrounds, though to be fair there is little in our lives that cannot be counted as creative in some form or another. Many have no formal training, many in fact have never been near an art college before. However, that is not necessarily a good or bad thing, it often depends on the projection and perspective of the individual. Many creative individuals thrive in a collage environment, but on the other hand, many do not. To me, it is a personal choice on whether you take that road or not, and you shouldn't be judged either way as to that decision.

Anyway, today we are featuring the work of the artist Martin Ebrey. Martin is a mixed media artist who specialises in textiles, although as with most mixed media artists, certainly not exclusively. Martin has a truly energetic and eclectic style, pulling in inspiration and reflection from many avenues. Each piece of his work is like a many-stranded story, all told through the medium of reclaimed fabrics, vintage jewellery, buttons, driftwood from the local beach, stories, observations, sentiment, and insight, all are meaningful and all have purpose. 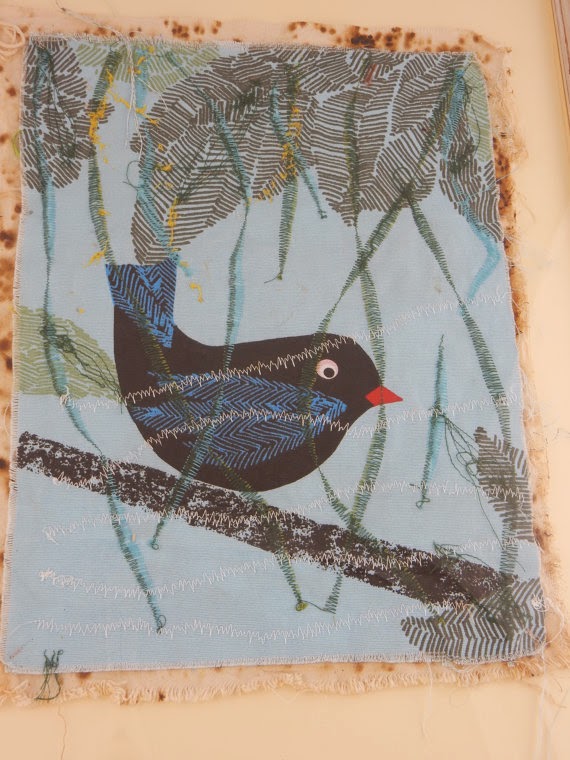 Martin was until recently a teacher, but because of health issues had to abandon that career, so he started another one. He bought a sewing machine and has never really looked back. Along with his partner John, also a teacher, they have formed Ebrey Decorative. They produce and sell mixed media artwork that shows a sophistication and sensitivity well beyond their relatively short period in the wonderful world of the creative arts.

I think that it is important to be able to highlight the lives of individuals like Martin. These are people who have become drawn to the creative arts, some simply, others in extraordinarily complex and circuitous pathways, but they all end up at the same place. Whether you are a newly graduated individual in your twenties, a career switcher in your forties, or a retiree in your sixties or seventies, professional or amateur, it matters little. What does matter is the enthusiasm, the positivity, the focus, and the inspiration you give others, these are the important markers of your individual path towards a creative life, and they are markers that only you can make and only you can understand. 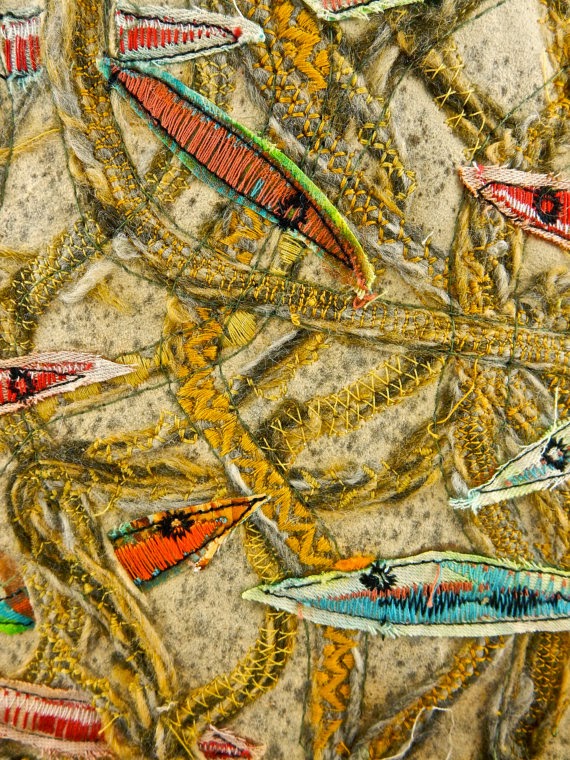 It is always important that you tread your own path within the world of the creative arts, but it is also extremely important that you try to help others along your way. To be creative is not, as many believe it to be, a selfish choice, but is in fact one that is selfless, it is showing the life that should be led, one that is supportive, cooperative, reflective, thoughtful, compassionate, the complete opposite of what we are often told is the real norm of us as humans, to be confrontational, to be singularly motivated to the detriment of all others, quick to judge, slow to forgive.

If more and more individuals are led to this wonderfully dynamic and energetic world of creativity, then the world can only become a better place. The expansion of artistic creativity through such individuals as Martin is vital. For communities across the planet to understand through example that to be an artist can be the norm, rather than the exception, is one of the most important of steps. 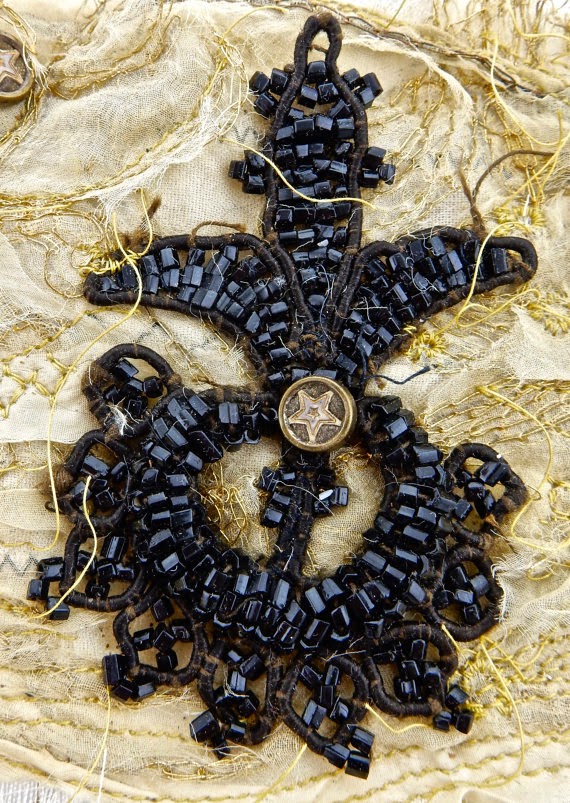 So to me, the real expansion of this precious world of the creative lifestyle, one in which Martin has now made his home, is one that needs to be encouraged and fostered as a norm, rather than as a puzzling alternative. The more individuals who are happy and content within their creative careers, the more examples we have to show that there is a different and better way to see the world than the one we were handed as the perceived norm.

That is why I have taken on the project of Inspirational, and that is why I decided to feature the work of Martin on ttb. Life is changing, the creative arts population is expanding, becoming more complex and inter-dimensional, constantly bringing in more and more practitioners into the community, from so many avenues of life. 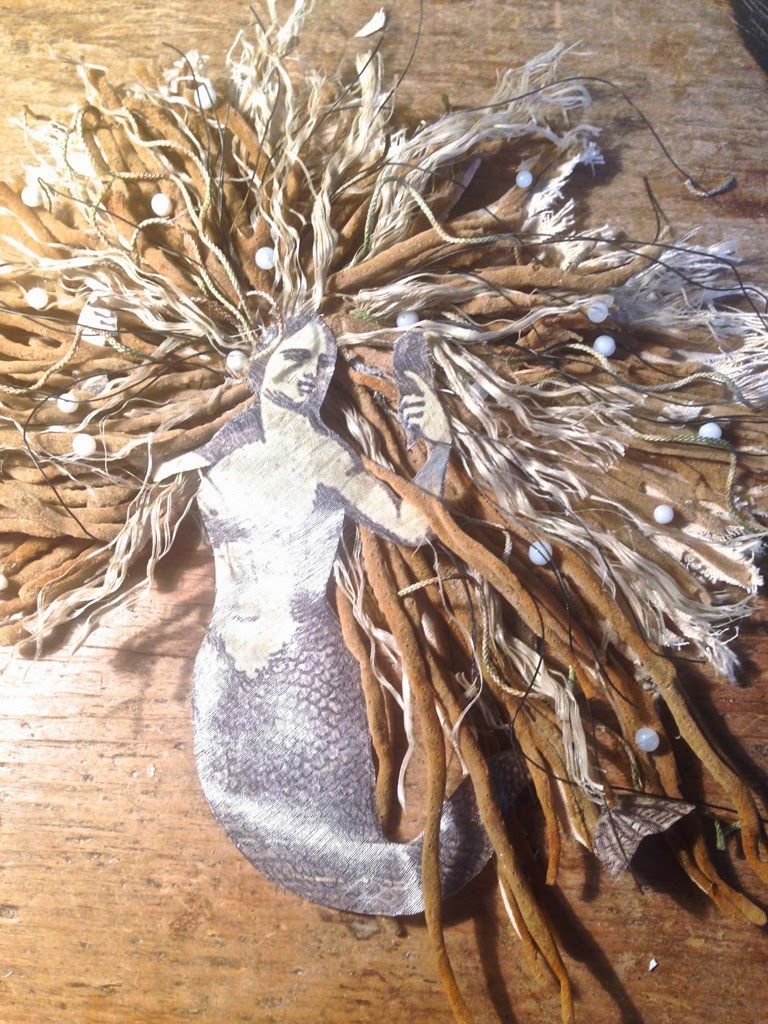 I am sure that we all wish and support Martin and his partner John in leading the best of lives, having the best of creative perspectives, and the best in happiness, and contentment in their life within the community that is the creative arts.

DearJohn, Ebrey's work is mesmerizing, and beautiful. i especially loved the summer stream. it amazes me and inspires me that someone can take a blank material and produce something so exquisite.
in addition, i cannot tell you how much i admire your openness of mind and spirit in accepting all creativity from all walks of life. you are welcoming and generous, and just that is wonderful to dwell on. lp

Thank you for all of your comments, they are most welcome and heart-warming. So glad that you are so supportive of Martin and John's work, it makes the article itself so true.

Hi John
I am a fairly new reader of your blog and soon to be first time buyer of Inspirational. I admire your championing of the 'newbies' to the creative arts world! I have only taken up artistic creative pursuits in the last couple of years having believed the lie I was fed at school that I was not creative.
There are so many of us who come to this wonderful vibrant world later in life because of parental/societal/academic expectations etc... I have become engrossed in the work of Brene Brown around the subject of creativity, you may find her work interesting.
Anyway, thanks again John. I look forward to reading the magazine.

Thanks so much for your comment Cath. It is always sad when you come across so many individuals who were distracted purposefully or not, from being able to fully express themselves. However, it is heartening to see so many overcome the prejudices of others, whether that be in their twenties or in their eighties, it doesn't really matter, what matters is that it happens, and they come back to the point where creativity becomes a central pillar of their being.

Just awesome. Carry on.
Textile Apex - A blog site on Textile and Apparel